I've lost track of how many dreary, foggy days we've had lately. 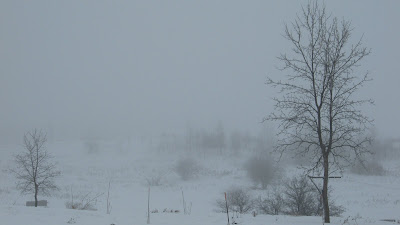 BISMARCK (AP) — Fog is becoming commonplace in parts of North Dakota, and even meteorologists think it's strange.
Fog was reported in Bismarck on 54 of the first 68 days of the year. On 17 days the fog was considered "dense."
The National Weather Service doesn't keep records on fog, but meteorologist Nathan Heinert says officials think this year's fog is unusual.
Heinert says the constant gray curtain hanging over the area is the result of a stagnant air mass and constant melting, which puts moisture in low levels of the atmosphere.
Copyright 2010 The Associated Press. 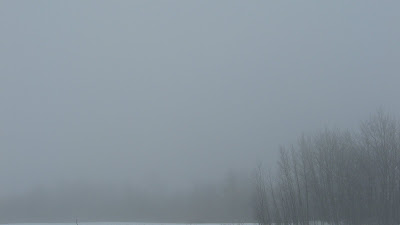 We are all looking forward to a nice sunny day!
Posted by Lynn Bartlett at 12:50 PM

We have had fog too. I just figured it was the warmer air and the cold ground or something. :)

Oh Lynn, sending you some sunshine, it's beautiful here in MT. Tues. forecasted to be 67F and I'm looking forward to it, even the pastures are beginning to green. Praying Spring heads your way and stays around, you've had plenty of winter.

Good luck with the HS convention, praying all goes well and you enjoy it.
Blessings,
Kelle