I've had kittens in the house, and I've had puppies ... I've had goat kids and a calf; but this is the first time I've ever had a piglet! 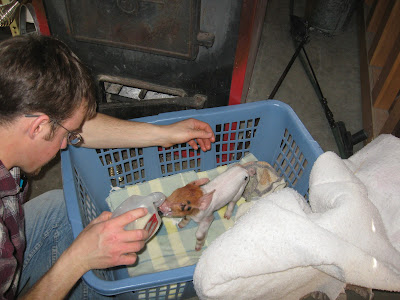 The poor little guy is two weeks old.  He must have been stepped on by his mom, because he was limping.  His 12 siblings saw that he was struggling, and thought nothing of shoving him out of the way to take the best teat.  So, this morning we found he had been shoved away from mom and away from the heat lamps, and was very, very cold.

Andrew brought him into the house, and we used a small syringe to give him some cow's milk.  We placed him on a blanket on top of our wood stove to try to gradually warm him up.  It was about mid afternoon that he started perking up, and is actually taking milk from a lamb's nipple on an old pancake syrup bottle (whatever works -- we didn't have a pop bottle).

He isn't out of the woods yet.  Hopefully he will be more perky by morning.

Maybe we should name him Wilbur, and maybe some day he will have a tiny friend named Charlotte ...
Posted by Lynn Bartlett at 8:25 PM 6 comments: 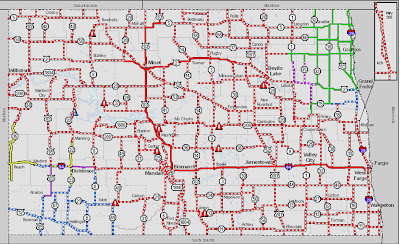 This storm is supposed to bring us up to 18 inches of snow!
Posted by Lynn Bartlett at 6:25 PM 5 comments:

I guess I should really say, It's a Heifer! 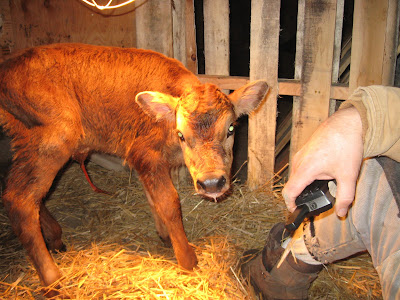 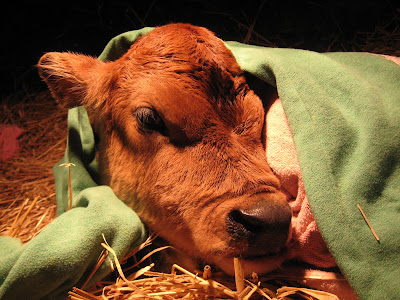 She was born about 4:15 this morning.  It was kind of a long night, but we are very thankful for a healthy calf this time around.  We lost our other cow's first calf last year.

Della the mom is doing very well.  Peter did great in handling the evening's activities, and Della acted like a pro at milking, even though she is a first time mom.  The yet to be named calf is resting comfortably in the barn.

Della is pure Jersey, but before Peter purchased her she was bred to a Red Danish.

More news later.
Posted by Lynn Bartlett at 5:19 AM 6 comments:

Introducing Bartlett Farm's 13 little pigs, who are half Hampshire and half Berkshire:

Email ThisBlogThis!Share to TwitterShare to FacebookShare to Pinterest
Labels: Videos

Our sow delivered 14 piglets.  One hadn't fully developed, so it was dead on arrival.

Since this was our first time with pigs we had someone stay with them through the night, in the event the sow would  accidentally crush any of her babies.  It worked well, but everyone is very draggy today.

I had to get Jim up and running at 4:15 a.m. in order for him to drive to Bismarck to see what he could do to sway the opinion of legislators who voted unanimously in committee to send SB 2150 for a vote.  This terrible bill would lower compulsory school age to 6 and raise mandatory school age to 17.  The change may not sound like a big deal, but it certainly is.   North Dakota has some of the strictest laws in the nation concerning homeschooling, and our legislature seems bent on giving us laws that are even more intrusive.   It's been a rough legislative session for the homeschooling community.

Jim took our camera loaded with piglet photos to Bismarck, so it may take a while before I can post any  of them.
Posted by Lynn Bartlett at 7:59 AM 3 comments:

Seven and counting ... Our sow has delivered 9 very cute piglets.  I'm sure there will be more.  Photos will follow shortly.

Let's see:  Five kittens, 9 + piglets, a Jersey soon to freshen, goats in April, along with another Jersey -- life is booming on the Bartlett Farm!
Posted by Lynn Bartlett at 6:31 PM No comments:

Jim, Peter and Jonathan headed to Jamestown, ND on Thursday for the state's home school convention.  That left Andrew, David and I to hold down the fort.  Della, our newest Jersey heifer cow is due to calve in just 2 weeks, and was showing signs of an early delivery.  That story for another blog entry.

Friday evening of the convention was a family sharing night and Jonathan and Peter decided to participate.  Their friend Andrew Bornemann filmed their songs: